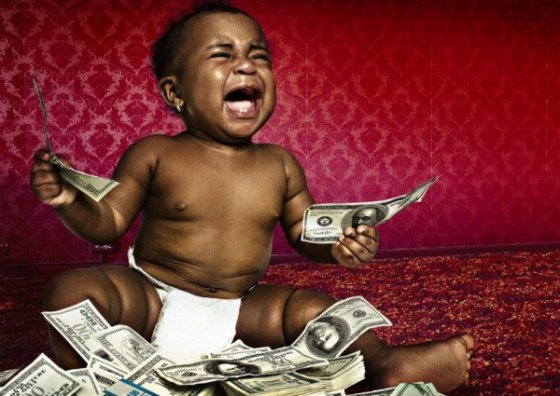 Right up front: Adele’s music is not for me. This is not about loving or hating her new album, 25; it’s about streaming music—in particular, the entitled attitude that supported its rise as a platform and sustains it as a business.

And it’s about this New Yorker piece, by John Seabrook: Who is Really Paying for Adele?[quoted below in italics]

Let’s start with the phrasing in the title. “Who’s really paying for Adele?” Seabrook begins by framing the discussion as though it’s our tax dollars going toward torching orphanages. So dramatic, so entitled, so misguided. This is pop music, not climate change.

If you are an Apple or a Spotify subscriber (I am both), you are faced with a quandary over what to do about “25.”

No, you’re not. You’re faced with an inconsistency in the steady stream of music that you’ve engaged for your listening pleasure. It’s not a quandary; it’s an anomaly: if I subscribe to HBO and Showtime has a movie I want to watch, do I get to complain to the manager? I guess so—but that doesn’t mean the manager has to take me seriously, because I clearly don’t understand the basic premise. I signed up with one platform—by definition, that means I may have to face the fact that content may appear outside that platform. Quandary? No. Life in the world? Yes.

[Let’s just skip lightly over the more relevant quandary of supporting an artist by actually paying money for their product vs. supporting your music appreciation habit by paying not very much money for a system that pays almost every artist almost nothing.]

In the old days, you would have just gone out and bought the album. But streaming complicates the picture. You don’t want to buy the record because that would be giving in to what feels like a heavy-handed attempt to make us purchase the music twice—to pay another ten dollars on top of the ten-dollar monthly subscription… for an album that will show up on streaming sooner or later.

But how long do you have to wait? It could be a couple of weeks, it could be a year, or it might not be until Adele gets her diamond. How long can you wait? At least with DVD rentals, you have a pretty good idea of how long it’s going to be. But Adele and Taylor are making up the sales-to-streaming rules as they go along.

No, they’re not. The music industry is making up all the new rules as they go along; Adele and Swift are responding to these arbitrary, exploitative practices in ways that they believe will better serve them. This is not something you can reasonably object to. It’s them doing business their way, in a notoriously shady business.

Is that wrong? Is it any worse behavior than that (historically and/or currently) of the major label record industry? Or is it just an inconvenient glitch in the business model you’ve decided to buy into? Beta vs. VHS, Blu-Ray vs. HD; if one platform doesn’t meet all your needs, are you entitled to recourse? Sorry; no. You’re not. You’re entitled to gripe, sure—but it’s not a good look, homes. Whining ≠ winning.

[And, “a heavy-handed attempt to make us purchase the music twice”? Come on, man: If you spend $13 on the Adele album, she gets that royalty amount. If you spend your monthly $10 “again” on your streaming service, she gets next to nothing, while you get her album, plus a million other albums. This is apples and… unicorns?]

Anyhow, speaking of whining, let’s discuss this gem of a closing line; does Seabrook realize how pathetically self-important and greedy it makes him sound? Just because he might have to buy an album this year?

The way things are going now, only Adele wins.

No, she’s not. Not entirely, anyhow. Because, well, “the way things are going now,” when an artist makes the radical decision to choose the more profitable route, she’s getting this kind of criticism and risks alienating her fans. (Never mind that even having the power to make this decision, as a woman, in that industry, is a feat in itself.)

And—sorry—again: how is it wrong or bad or unjust or unfair, if “only Adele wins”? She comes out ahead because millions of people have bought her album—but Seabrook makes it sound like it’s some kind of short-sighted misfire; a harbinger of worse things to come. How is this any kind of ominous doomsday premonition? Only in a world where a dude doesn’t get everything his way, is as close as I can figure.

Whether he wrote it or not, the caption under the piece’s photo helps to clarify Seabrook’s conclusion a bit:

In pursuing a strategy of inflating sales by keeping albums such as British singer Adele’s “25” off streaming services, could the record business be choosing short-term profits over long-term growth?

Yes! Of course it could! That’s pretty much the only thing it’s been doing for the last fifteen years; basically, since Napster. The industry clearly recognizes that long-term growth (at least, in terms of the record business as we/they know it) is a fantasy. And yet each one of the haphazard, blindly optimistic toothpicks they keep adding to prop up their business model somehow manages to support it for just a little bit longer. But for how long? When will it finally crush its struts and settle into the dust? And what will the John Seabrooks do for content then?

In closing: John Seabrook and those on his side of this topic can hold my balls. By participating (as a consumer) in the monetization of streaming services, he’s fully complicit in the self-inflicted downfall of the music industry, yet (as a consumer) he’s still managing to critique its self-serving and exploitative practices as he holds its hand and leaps over the precipice. Fuuuuuck off.

Why should Adele be expected to toe the streaming line and give her album away for free?

“But wait, it’s not free, man—I pay X dollars a month for my streaming services. In fact, I have two of them!”

Sure—it’s not free for you, which sucks, dude. But based on any revenues she (and most artists) can expect, it’s essentially giving it away free for her. How many times can I say, “Come on, man”?